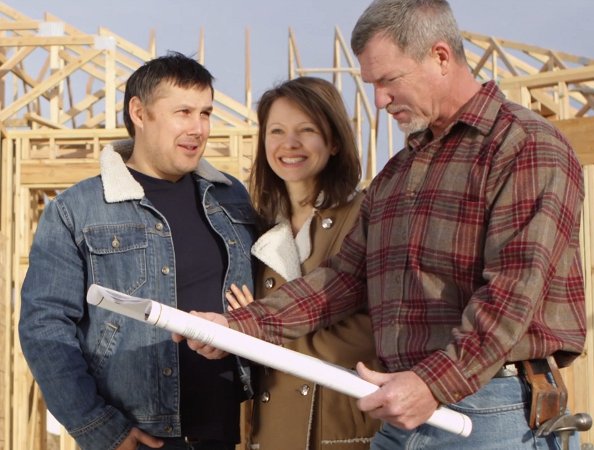 First: there are good Contractors, so-so Contractors and some bad Contractors.  Same for just about any profession.  However, some methods of working can tend to warp things in a particular direction.

This architectural firm has found this out directly.  The company Owner is now in the process of having his own family’s house (that he designed) built.  He’s not a rich man.  He needed a good value.  His solution: do what he advises his Clients to do: create a great design with plenty of documentation.  He produced 38 sheets of drawings and specifications for a 2,188 HSF (Heated Square Feet) house (3,818 GSF).  This is about  5 times the amount of drawing sheets (24″ x 36″) most firms turn into the building department to pull their permit in this region.  This company often produces 100 or more sheets of drawings and specifications for larger projects (92 sheets for a 6,000 HSF house with a mile of driveways and a Helipad recently).

So what is the economic advantage to Clients who pay their Architect more to produce a more detailed set of documents?

Answer: to obtain a fixed price proposal from a Contractor to build it for less construction cost than a Cost+Plus Contractor charges to build the same house with skimpy documents.

Cost+Plus Contractors have no incentive to prepare a detailed estimate/subcontractor bidding for the approximately 150 line items that would normally be found on a Construction Schedule of Values (like banks use to disperse funds during the construction of a project).  Let’s think about that: Cost+Plus Contractors have no desire to prepare a detailed cost proposal.  Why should they?  If their customers are willing to pay them WHATEVER IT COSTS, plus the Contractor’s hefty profit on top of that.  The reason Cost+Plus Contractors say they HAVE to do it this way is blamed on the industry wide practice of skimpy documents with which to build houses.  This additional amount, as you will shortly see (as you read ahead) can be in the hundreds of thousands or millions of dollars.

In other words, some (or many) Cost+Plus Contractors can get accustomed to higher profits, and not do as thorough of a job estimating (or better yet: obtaining 50+ subcontractor and material provider solid quotes, which can take 2 months of intense work to receive).  Once again: why should they, if people are willing to pay them for whatever their subcontractors demand, in a non-competitive situation, then scoop a big profit margin on top of that for the General Contractor?

Does this all sound like an “inside secret?”  IT IS!  You are probably hearing this for the first time.  But it seems to be the truth, more often than not.  So: once again: many Cost+Plus Contractors may not even want detailed Construction Documents, because then they’d be more compelled to provide the detailed work to properly estimate/price those, and they really don’t have the time to do that, nor do they want to do that, and in fact, providing a lower QUOTE to their customers works against them obtaining a higher fee, based on higher prices from their subs.        (continued below)

In other words, Cost+Plus billing for house construction projects works against the customer, while maximizing the General Contractor’s profit (often guaranteeing him/her 20%+ added to the sub prices).  In other words, the GC (General Contractor) appears to want you to sign a blank check, so they can fill in the amount later.  Does this really sounds like a process that is in YOUR best interests?  Probably not. Once again: a dirty BIG secret revealed right here and now on this website.  One of the Cost+Plus Contractors misinformed this Architect that his “fixed price” to do only about 2/3 of the project would be $341,000.  Then when the Owner-Architect, said, okay, let’s do this deal, that GC then turned in a “quote” of the $341k, then tacked on another $30,000 “profit.”  In other words, he was really a Cost+Plus Contractor, trying to hide inside a Fixed Price shell, then at the end, slammed another bucket load of profit on top of his already high number.  That’s not honest Fixed Price Quoting.  That’s Cost+Plus hiding in a sham Fixed Price.  So you really have to watch what’s going on carefully to understand the schemes being worked on you. And your Architect can help.

And one of the main reasons Contractors SAY they HAVE to go Cost+Plus is that the Architect’s documents are too skimpy, so how can they price what they cannot see?  Good reason, because that is typically true.  So how to combat this abuse?  Any ideas?  Part of the problem is YOU.  Huh?  Me?  Yes, you, the Clients of Architects and Contractors.  Whenever you refuse to pay your Architect what it is really worth to prepare an excellent set of documents, you are going to get a skimpier set of documents, thereby playing into the hands of the typical Cost+Plus Contractor: “Hey: there’s not enough information here!  I need to go Cost+Plus.”

Good point.  But here’s how to correct his insult:

Alright.  Let’s think about what was said above and how to fix that sorry state of affairs.  How about: pay your Architect what it takes to prepare a thorough set of CDs (Construction Documents) with proper details, specifications, building sections, wall sections, roof plan, blow-up plans, cabinetry elevations, electrical schematics, 3D imagery and the like.  THEN: what will an honest Fixed Price Contractor say: “Wow.  Nice detailed set of documents.  I can see 99% of what I need to price and build.  I’ll get to work right now, getting 3 or 4 subcontractor and material supplier quotes on every line item of the Schedule of Values so that I can price this project honestly, with a reasonable profit (like 10%).”  Let’s face it: if everything is there, on the Architect’s set of documents, and the Contractor is willing to price that, what’s the problem with giving a Fixed Price?  It’s a lot of work, and most Contractors won’t want to do that.  But you let air out of their balloon, when you have a detailed set of CDs prepared by your Architect. And however much you think you are paying your Architect, you will always be paying your Contractor many times that, so don’t be penny wise and pound foolish.  Pay your Architect well to get the detailed documents you need so that fair and honest Fixed Price Contractors can give you a Fixed Price.  Almost always this is going to be far less than what Cost+Plus Builders can/will do.

This Architect, whose house is now under construction, looked for 7 months to find a General Contractor that would be right for his project.  He went through over a dozen Cost+Plus Contractors.  The numbers he got from their “estimates” were typically around $500,000 to build his house.

Then, one day, a couple of months ago, he finally found a Fixed Price General Contractor from a little farther away, from a metro area, but a small city, just the same.  What a world of difference.  The house is now under contract for $319,000.  In all fairness, the Owner will probably have direct costs of another $30,000 or so.  But even with those, this price is about $150,000 LESS than any of the Cost+Plus Builders from the nearby area closer to the project. in other words, over a 30% savings.  Now, it took this Fixed Price Builder from a little farther away about 2 months to provide and verify their numbers.  They worked long and hard and honestly.  They wanted the work.  And that’s a big part of it.  They have to want it.  And they have to be trustworthy, as proven by their actions.

Here’s another example: this Architect had 2 simultaneous customers that had very similar floor plans, but with exterior features that made them look different.  One Client insisted on using a Cost+Plus Contractor that he liked and the other Client agreed to use a Fixed Price Contractor whom the Architect knew was trustworthy.  And the fixed price project was bid at $2.5 million. Sound like a lot?  Well, it was a huge and elaborate mountain style home, including a 3 car garage.  The Architect begged the other Client to use the same Contractor.  The Client decided instead to stick with the Cost+Plus Contractor that he had met.

$5 million later, the Cost+Plus Client admitted they had made a huge mistake and that they should have instead listened to the Architect’s advice on their choice of Builder.  Let’s see: that would be a $2.5 million mistake, wouldn’t it?

Is it beginning to become clearer as to the advantages of a Fixed Price Contractor, based on detailed Architectural documents?

THAT’S the value of your investment in a good Architect creating proper and detailed documents for your project.  Your pay back for better documents could be in the tens of thousands, hundreds of thousands or millions of dollars.

And for the record: there are some honest Cost+Plus Contractors.  There just seems to be a distance between them.  And when supplied with detailed Architectural Construction Documents, there’s only a few Contractor reasons for not going Fixed Price:
A.  Too busy (then you don’t want them).
B.  Not interested in doing the detailed hard work to provide a reliable detailed price (you don’t want them).
C.  They don’t want an Architect or anyone else looking over their shoulders and want free rein to make substitutions at will, without any professional oversight.  (you don’t want them).

So: there’s really no reason to go Cost+Plus IF YOU HAVE DETAILED AND THOROUGH CONSTRUCTION DOCUMENTS FROM YOUR ARCHITECT.

The only reason for honest Cost+Plus Contractors to demand to go Cost+Plus is skimpy architectural documents, due to the unknowns.  And that is realistic and a good reason.  That’s really about the only one.  What you haven’t known (until now) is just how much more that is likely to cost you: possibly 30% to 100% more, than if you had proper, detailed architectural documents. Is that worth paying your Architect to do a proper job?  Most people would probably think so.