Rand Soellner Architect, a top custom luxury home architect, passes 25 year milestone designing residential projects, along with a Green Design Initiative (GDI) for sustainable architecture on all of its projects, with Energy Conservation at reduced cost, a win-win for the environment and clients. 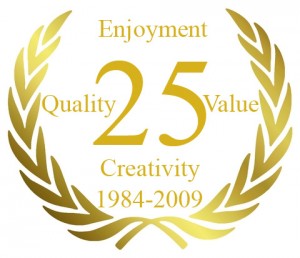 During 25 years of designing custom luxury homes across the USA and projects abroad, Rand Soellner Architect’s Green Design Initiative practices provide sustainable home architecture for residential design.  Rand Soellner, ArCH/NCARB,  has been designing luxury homes since before the 1980’s, the era in which he programmed, master planned and conceptually designed the new Florida Solar Energy Center, which is indicative of the energy conservation principles built into Soellner projects.

He has also won energy conservation awards from major power companies (such Florida Power Corporation).  He is now establishing a milestone for a more formal initiative regarding “Green” policies in his design work.

Rand Soellner used to design projects for one of Frank Lloyd Wright’s main apprentices.  “Frank Wright invented Organic Architecture, the precursor of the Green Design Initiative and Green Architecture,” Soellner said: “Mr. Wright’s main focus was the aesthetics of his buildings; how they looked like they belonged to the environments in which they were built.  He did a great job of that.  Energy was cheap back then.  Now days, Sustainability has become a major issue, the ability of our culture to sustain itself while causing less damage to the World, including diminishing global warming by consuming less energy and therefore burning less fossil fuels which will contribute fewer greenhouse gases.  My current design initiative probably has less to do with aesthetics, although that is still an important matter, and more to do with energy efficiency and sustainability.”

Soellner holds up several photos of his projects.  They don’t look like Mr. Wright’s type of design and we mention this.  Soellner laughs and says, “It took me about half a century to figure out that clients who want fine homes typically want warmth, texture, large stonework and big timber beams.  I really don’t design anything contemporary anymore.  People call my work ‘timeless’, like it grew there, right out of the bedrock on which it stands.  I don’t follow fads or trends; I do what feels right on each site.” Part of that is his green design initiative.

In 2008, Images Publishing produced a glossy coffee table book, available on Amazon.com, called “House With A View“, which showcased spectacular mountain homes from around the world.  Three of Rand Soellner’s homes are included, along with projects by Richard Meier, Mario Botta and other luminaries of the architectural world.  Soellner credits his green design initiative for part of the reason his projects look the way that they do.

Soellner’s home architects firm, Rand Soellner Architect, is one of the few custom home architects in the Country to obtain the status of an Energy Star Partner, a designation usually earned only by commercial firms (per Energy Star guidelines and application procedures).  The EPA/DOE (Environmental Protection Agency/Department of Energy) run the Energy Star program for the U.S. Government.  The fact that Soellner also has a related team of 174 professionals that are available to design Mountain Themed Resorts helps his affiliation and this current environmental initiative.

Rand Soellner was the architect of record on about half of Jurassic Park for Universal Studios in Orlando, where he obtained some of his background in the design of timber frame and boulder structures forhis luxury mountain residences, along with his nearly 35 years of visiting the Cashiers, NC area (at the southern tip of the Blue Ridge Mountains) before permanently relocating there about a decade ago.  Becoming an Energy Star Partner is part of Rand Soellner’s Green Design Initiative plan. 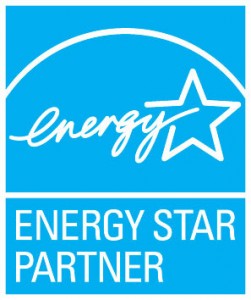 Soellner takes his Strategic Partnership role with Energy Star seriously, creating a  GDI (Green Design Initiative) that results in the creation and implementation of energy efficiency and sustainable/ renewable  techniques nearly every month, to improve the energy conservation and reclamation improvements for each of his custom home projects.  Soellner is quick to mention that he focuses on “Going Green 4 Less,” a program his firm began last year, resulting in increased energy efficiency for minor cost.  There are a number of Green choices and some of them can be expensive.  Soellner likes to first suggest those Green Design choices that don’t add much cost to his projects.

“For instance,” Soellner mentions, “I researched a major company that manufacturers a single-layer, R49 fiberglass insulation that costs only a few pennies more per square foot than the typical standard R38, which is what is currently required by Energy Code.  I contacted several local insulation contractors and asked them if they would charge anything more per square foot to install the slightly thicker new type of insulation.  They said no, because it only weighs a couple of ounces more per square foot, which is negligible to the installing personnel.  Therefore, my clients obtain a 22.4% increase in insulation efficiency where it counts the most, in the ceiling/attic/roof assembly, which any mechanical engineer knows is the location of the greatest heat loss/gain during winter or summer.  This has become part of the Green Design Initiative.

Soellner smiles, happy to have put his finger on such a valuable discovery.  “This is part of what I call Home Value Engineering for my custom house clients,” says Soellner, “Giving a true increased benefit to those people who have enough insight to hire an architect to design their home.  They pay less for their energy bills and due to the minimal cost of this technique and others that we are implementing, they will realize a reasonably swift return on their investment and experience greater comfort while living in the houses we design.”  Rand Soellner Architect’s website is: www.HomeArchitects.com and you can see further explanations of his energy conservation strategies and Green Design Initiative and Sustainable Architecture principles there.

Soellner also believes in simple solutions to diminish trash and waste in our World.  This is key to Sustainable Design.  In his green design initiative, he likes practical, common sense things, mentioning that he now requires 2 smaller dumpsters on his projects instead on one big dumpster.  He explains that one is for the typical construction debris “trash” that goes to a landfill.  When asked what the other one is for, he explains that it is where recyclables are to be placed.  “Rather than double the amount of debris that goes to local dumps, it seemed a much better strategy to simply have this second dumpster for paper, plastic and other items that are essentially clean, that have ’embodied energy’ that can be captured and reused to make useful new products through recycling rather than throwing them away,” Soellner explained,  “I typically see a pile of debris that is nearly equal in size to the actual house itself!  This cuts the waste amount nearly in half.”  Makes sense to us.

Soellner, in his 50s, one of a handful of Cashiers NC architects, said he has no plans to ever retire and said he looks forward to at least another 30 years of being a custom home architect, across the USA and the World.  “I’m having too much fun,” he said, “Mr. Wright is quoted as saying that architects don’t get really good until their 50s, so I guess I’m just hitting my stride.”  His green design initiative is part of his future and his past.

For additional information on Rand Soellner’s Green Design Initiative and Green Home Architecture, aesthetic integration of houses and people’s lifestyles with their environment, you are welcome to contact Rand Soellner, AIA/NCARB, or visit www.HomeArchitects.com.  Energy Star Partner logo courtesy of US EPA/DOE.

Rand Soellner Architect is the one of the leading custom home architects on Earth (per Google organic searches, 2006-2009) and the one of the world’s top mountain home architects (per Google searches.  These listing results change daily).  His work is featured in books and magazines worldwide.  Rand Soellner, AIA/NCARB is a registered architect licensed in multiple states and has a national certification.

For Press Releases: all publishing and private entities have Rand Soellner’s permission to link to this webpage from your website, using your anchor text of: Green Design Initiative .

GREEN HOME DESIGN UNIVERSITY QUESTIONS, for those of you taking Rand Soellner Architect’s course of green instruction:  about the above subject:

1.  What does Rand Soellner’s GDI (Green Design Initiative) include?
a.  That Soellner thought it was important to have a focused program of environmental and energy efficiency research and solutions to bring to bear on his home designs and for others to use as well.
b.  That not necessarily all green options have to be much more expensive.
c.  That architects can possibly sell the green options to clients with discussions of the lower power bills they will have and the healthier homes they will enjoy.
d.  All of the above.
e.  None of the above.

2.  Will roof insulation that is an R49 cost more for the labor charge as an R38, if both are in one single thickness and both are made of fiberglass?
a.  No, probably not.  Therefore this is a really good deal.
b.  Yes, a lot more.  Therefore it would likely Not be cost effective.
c.  This depends on the fibertosomoso factor, which is related to the price of tea in China.

3.  What sort of materials should be deposited into the 2nd dumpster, used for recycling on home construction sites?
a.  Volatile substances like gasoline that might explode easily from stray sparks.
b.  Materials with high embodied energy or other materials that can easily be melted or chopped or otherwise re-processed for use in new products, rather than mining, harvesting and completely remaking new products from scratch.
c.  Food and bacteria-laden garbage.