Healthy diet for an Architect is exactly what it says.  This is not about hard-core architecture, like most of these online articles.  It’s about healthy things to eat, that appear to help you think more clearly.

And by healthy, that means for just about any person on the planet, unless you have allergies or other medically recommended dietary restrictions.  We’re not any sort of Physician or even Dietary Nutritionists.  However, we can share with you what’s working for an Architect who has great demands on his thinking skills.

Rand Soellner, ArCH, NCARB, Senior Staff Architect at HOME ARCHITECTS ®, has the following foods in his diet and is enjoying excellent cognitive abilities these days.

MORNING: nothing except pure, filtered water until about noon.

Since Rand started that “lunch,” about 13 years ago, he reports that his thinking abilities have improved significantly.

SUPPER:
Usually, whatever Rand’s wife, Merry, makes.  She is a vegan vegetarian, and a local Real Estate Broker.  And since Rand is a guy (= creature of convenience), he will eat just about anything she makes.  She won’t typically eat what he might make, so that makes it a little difficult for Rand to reciprocate.   Now then, Rand is Not a vegetarian, strictly.  He does eat chicken, hamburgers, turkey bacon, ocean fish, lean sausage and a few other meats.  Both Merry & Rand eat whole grain breads: he more than her. Rand uses no gloppy coatings like mayonnaise.  So: supper is a little more of a wildcard.

MIDNIGHT SNACK:
When Rand stays up late working on project or on ArCH business (a national organization of Licensed Architects he co-founded several years ago), he often will repeat the Luncheon fruit bowl.

As can be seen, the real jewel in much of this Architect’s diet is that fruit bowl.  Lots of good and healthy things in that.

However, Merry’s vegetarian influence has eliminated much of the previous red meat from Rand’s diet, which is probably a good thing.  Things in moderation there.

Now then, here’s the thinking behind that fruit bowl:
Mainly due to Merry’s online research about nutrition:

1.  Apple: an apple a day keeps the doctor away.  Not much research there.  But it tastes good and provides roughage.

2.  Blueberries: high in anti-oxidants.  Probably why Rand doesn’t look as old as he should.

5.  Strawberries: not as high in anti-oxidants as blueberries, but still a good source for that.  And tasty.

6.  Grapes: no research.  A little red wine is supposed to be good for you.  Figured that the source of that wine might be beneficial, too.  And tastes good.

7.  Wheat germ: have heard from other nutritionists in the past that this can be beneficial.

8.  Orange: we figure that a little of this a day, along with a good multi-vitamin will keep scurvy away.

9.  Walnuts: Merry says that her research indicates these are probably the main brain-food helping Rand’s cognition.  And teasing, she says: “And they look like little brains!”  All kidding aside, A new study from the University of  California, Los Angeles, refers to National Health and Nutrition Examination Survey (NHANES).  The results of this study are posted in the March 2015, Vol. 19, Issue 3, pp284-290 of the Journal of Nutrition, Heath & Aging, called: “A cross-sectional study of the association between walnut consumption and cognitive function among adult US populations represented in NHANES.

“Results:
Adults 20–59 years old reporting walnut consumption of an average of 10.3 g/d required 16.4ms less time to respond on the SRTT, P=0.03, and 0.39s less for the SDST, P=0.01. SDLT scores were also significantly lower by 2.38s (P=0.05). Similar results were obtained when tertiles of walnut consumption were examined in trend analyses. Significantly better outcomes were noted in all cognitive test scores among those with higher walnut consumption (P < 0.01). Among adults 60 years and older, walnut consumers averaged 13.1 g/d, scored 7.1 percentile points higher, P=0.03 on the SRT and 7.3 percentile points higher on the DSST, P=0.05. Here also trend analyses indicate significant improvements in all cognitive test scores (P < 0.01) except for SRTT (P = 0.06) in the fully adjusted models.
Conclusion:
These significant, positive associations between walnut consumption and cognitive functions among all adults, regardless of age, gender or ethnicity suggest that daily walnut intake may be a simple beneficial dietary behavior.”

10.  Almonds: Edgar Casey, the renowned mentalist, said that these were integral to his diet. 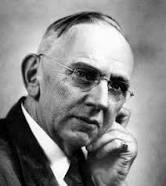 Merry’s research indicates that almonds are very good for you.  This is supported by Harvard Health Publications Harvard Medical School: “Boost your memory by eating right” August 1, 2012, in which they indicate that for breakfast having whole-grain muesli with fresh berries and almonds can help preserve memory.

This diet (particularly that fruit bowl) IS working for an Architect with great demands on his cognition.  Rand reports his thinking abilities have actually increased rather than decreased during the last dozen years.