Roomba Robot Vacuum is an online article in early 2020 about an Architect’s viewpoint of this device.

This architectural company reviews many aspects of housing design, construction and the devices that serve the owners of those. 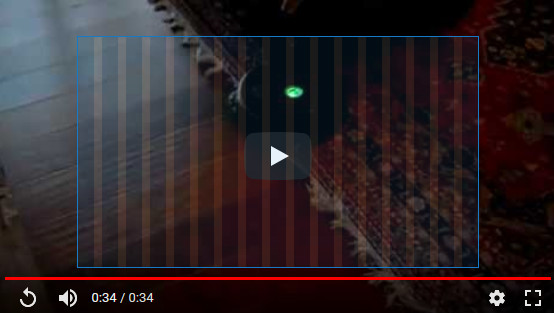 Issues with the older versions:
This Architect’s family has owned 2 previous Roombas.  This is going back during the last decade and one dog ago.  They each didn’t last much beyond a year.  Why: because the older editions of the Roomba caught on rug edge fringe and also human hair, which seems stronger than silk, wound up in the axles of the device and damaged the motor.  And this latest model has a cliff edge detector so it doesn’t kill itself running down the stairs.

Old problems solved, reduced prices:
However, the NEW Roombas appear to have solved these previous issues, as  you can see in the video above, where the robot vacuum either rolls over the rug edge fringe, or backs up if the length of the fringe is too long.  And, this particular new Roomba robot vacuum is the #675 and sells for around $269 online from Amazon, not the near $1,000 pricetag of earlier versions (although there are some models in that price range if you really want some bells and whistles).  The 675 model (featured in the video above) is your basic Roomba.

Docking Station:
It has a docking station and cleans automatically when you push the top mounted button in the center of the device.  And you probably will need to pick it up when you feel it is done cleaning and place it on the floor about 3′ or so in front of the docking station, then press the DOCK button so it can auto-navigate to the charging station.  A small inconvenience, when the thing cleans your floor without you having to do anything.  This is because we willfully disregarded the instructions about having more room around the docking station and instead tucked it into the bottom of a large piece of furniture with other obstacles around the docking station.  Our own fault.  But not a big deal.

Dirt gathering:
It was a surprise that it ran under some chairs and beds and cleaned out a lot of the old dust.  I’m sure we’re breathing easier because of it.  It gathers up about a grapefruit ball of dust and dirt, which you can easily shake out (into either your toilet or waste basket) after removing the dustbin on the rear of the machine.  Easy.  And it has a filter you should shake out the dust from after each use.  Once again: no tools.  it all comes apart with your hands and a little finger pressure.

Sound:
yes, you can hear it.  So what?  You can still hear your TV and other people while it’s doing your cleaning for you.

Time:
we have around 2,200 HSF (Heated Square Feet) on the 1st floor level.  Takes around an hour or so for the Roomba to do a reasonable job.  It ain’t perfect. Once again: yeah, so?  It’s doing all that work for you.  What it didn’t get this time, it is bound to, eventually.  It has scientific algorithms that make it move the way it does, it an effort to get as much of your floor as possible.

Durability:
We’ll see how long this one lasts.  At this price, it seemed worth the gamble.  Supposedly iRobot has invested hundreds of millions of $ to improve its devices.  Not sure if they really put that much into it, but the company PR says they created the technology upon which lunar and Mars rovers were based.  If so, I guess we’ve got a nice piece of equipment running around our floor.

Bumps into things.
Of course.  It’s running around cleaning and has to move.  It did knock over a metal and glass table with an ornate stained glass lampshade.  Fortunately they didn’t break, and we’ve since jammed that into the corner so it can resist the gentle bumping of the Roomba as it makes its rounds.  Pets hate it.  Once again: not a big deal.

Bottom line:
yes, the new Roomba 675 is worth the asking price.  And it does a decent job. And it saves you from some drudgery.