Vote 2020 is about where America goes from here, especially in the upcoming 2020 November elections. 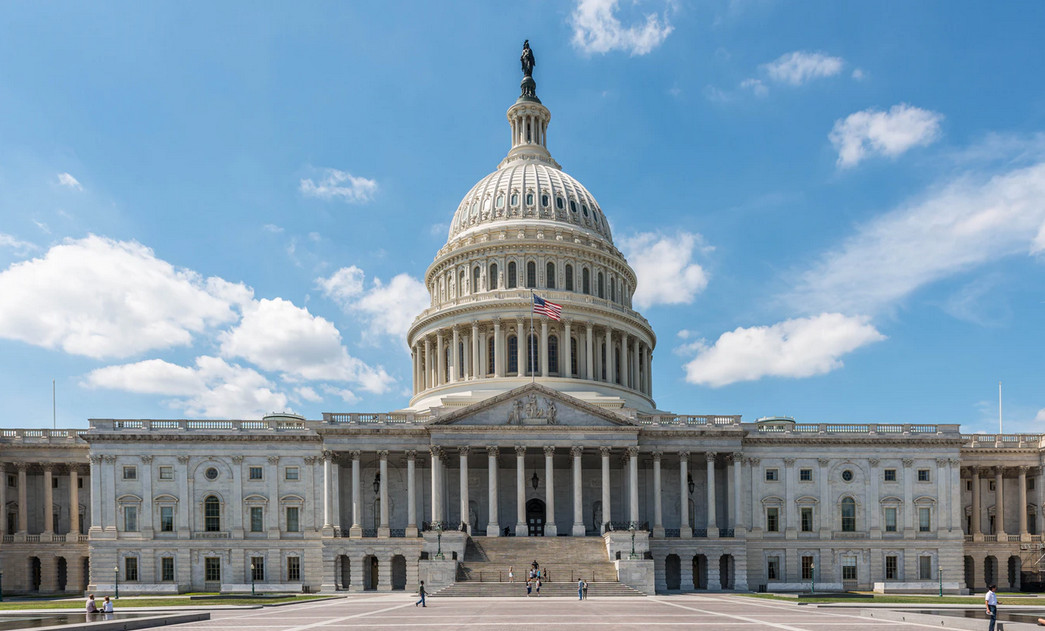 This firm has typically been silent on the subject of politics.  However, we have become outraged at the disgraceful behavior of the Democrats in the US House of Representatives during the Presidential Impeachment proceedings, during which the current President of the USA was acquitted 2/5/2020.

THIS FIRM IS CALLING FOR ALL AMERICANS TO VOTE STRAIGHT-TICKET REPUBLICAN THIS NOVEMBER 2020
This is very unusual.  The Senior Architect of this firm has always voted Independent for over 50 years, carefully analyzing the merits of each and every candidate, no matter what their party affiliation was.  He voted for Jimmy Carter and other Democrats over the decades.  But what has happened in Washington, due mainly to the present Speaker of the House (Pelosi) and her henchmen (Schiff and Schumer), is unforgivable, unprofessional, biased and has resulted in gridlock that cannot be further supported by the citizens of the United States.

The Democrats now control our House of Representatives.  Unfortunately, instead of representing the citizens of their states, they are acting out petty vendettas against the duly elected President of the United States, because they couldn’t get their candidate elected back in 2016.  They are unwilling to accept the Mueller Report findings, unwilling to accept the Senate’s acquittal, vowing to continue raging against the President, for their own partisan reasons.  That is NOT why America put them in the chairs in which they sit.  They don’t own those chairs. We do: the American citizens.  They were elected to take care of each state’s business and that of the entire USA.  Not to engage in political grandstanding.  I for one am not amused.  I am pissed off.  I want them all gone.  Replace them with Republicans, so that for once we can get something positive done in The House.

And don’t forget The Senate.  The Republicans barely have a majority there.  Vote straight-ticket Republican to oust the Democrats there and maintain a reasonable basis to conduct America’s business.

WHAT DEMOCRATS STAND FOR
Democratic Agenda: Hatred of this President, impeachment, socialism, vicious partisan politics, obstructing America’s business, higher taxes to support increased governmental programs that intrude into our lives (reducing our choices (Dems believe they know better than you do and so you need more government to tell you what to do)), Godless society, allowing anyone who wants to come to America unlimited access with no filter and to instantly grant them free healthcare, free education and immunity from police actions regardless of what they do here.  And Dems want to take away means for citizens to protect themselves.  And incompetence & foolhardiness: Dems can’t count votes properly (Iowa 2020 Dem Caucus); Dems can’t make a proper case for impeachment (their partisan hate case was shut down by the Senate 2/2020).   And yet they want America to trust them to run healthcare and all the other governmental programs.

WHAT REPUBLICANS STAND FOR
Republican Agenda: Accomplishing America’s governmental issues in a timely manner, lower taxes, less governmental interference in our lives, helping American businesses, improving agreements with foreign countries to America’s advantage, stopping terrorism, protecting our country from illegal entry by anyone who may seek to harm us, stopping nuclear proliferation in countries who chant “Death to America”, strengthening America’s military to protect our country, protecting religious freedom, maintain citizens right to protect themselves and their families.  Bipartisanship: despite the deranged hatred of him by the Democrat leadership, the President continues to ask Dems to work with him to pass much needed bills for America.

I didn’t vote for Trump or Hillary in the last election.  I believe Trump has a tendency to exaggerate things when he talks without reading the prewritten speech on his prompter.  That gets him in trouble with the Dems who want to pick him apart. I think he can act like a bully and like know-it-all, when he doesn’t.

My wife and I voted for the Independent candidate, hoping that he could bring together the 2 warring parties in Washington.  That didn’t happen.  I don’t like Trump personally.  Long ago he stiffed an Architect who did work for him.  I don’t like that one bit.  However, he IS the President.  He Does represent America. And America is enjoying one of the best economies ever.  Are you better off now than you were 3 years ago?  YES, I believe, for most Americans.  That deserves support, despite my personal feelings.  I’m really not so much for Trump as I am against Democrats right now.  Throw the bums out.  And Mitt Romney is a Democrat in Republican clothing.  He has hated Trump since the campaign trail in 2014, when Trump took the nomination from him.  He has been waiting ever since for the chance for his revenge.  And he is the lone Republican to vote against Trump.  Little known fact: he used to be a Democrat.  Wonder if perhaps he is a double agent?  He should be replaced with a true Republican.

HOUSE SEATS
ALL OF THE 435 SEATS IN THE US House of Representatives ARE TO BE VOTED UPON THIS NOVEMBER.  Let’s say that again: EVERY SEAT IN THE HOUSE OF REPRESENTATIVES IS UP FOR GRABS IN THIS YEAR’S ELECTION.

If you are as disgusted with the obstructionist activities of The House as we are, we urge you to vote a straight ticket Republican, to “THROW THE BUMS OUT” that are causing this mess we presently have in Washington. According to current opinion polls, America’s approval of Congressional activity is only around 20%.  Time for a change, particularly in The House.   The President’s current approval ratings are 49% nationwide and 94% from Republicans.  That’s pretty good, considering the polarization of our society for which the Democrats are responsible.

SENATE SEATS
And The Senate has 35 seats to be voted upon this year.  Vote Republican, so if the Democrats maintain control of The House, they cannot just steamroll through Congress their biased, hatred-filled agenda.

DEMOCRATS DON’T TRUST YOU TO MAKE GOOD CHOICES:
THEY DEMAND TO MAKE THEM FOR YOU
If you, like me, were shocked by the childish actions of Nancy Pelosi, the current Speaker of The House, when she tore up the President’s State of the Union Speech, on 2/4/2020, in front of national cameras, while he was performing his constitutional duty to deliver the report, you’re going to want to never allow her to sit in that chair and do such a disrespectful thing TO AMERICA again. And did you hear Adam Schiff, while trying to make his case in The Senate, say that this is too important an issue TO ALLOW AMERICANS TO MAKE THIS DECISION FOR THEMSELVES THIS NOVEMBER?  He, along with other Democratic leaders, do not trust Americans, nor do they respect their right to once again vote for their choice, which will likely be in incumbent President: Donald Trump. I believe it is outrageous that Schiff and the other Dems actually had the gall to admit to The Senate and The World that they don’t trust YOU to make your own intelligent choice.  THEY know what’s best for you, in their own Big Brother More Government sort of way.  Because they are the elected elite that huddle behind closed doors and invent ways to remain in power and take it from you.  Just like they conducted a chunk of the important impeachment discussions behind closed doors, where you couldn’t see or hear what they were concocting.  That’s a big step toward Nazi Fascism.  Don’t let them get away with that.  Remove them from office with your vote.

POLITICALLY INCORRECT
Trump is the most politically incorrect President we’ve ever had.
Once again: I don’t like Mr. Trump, so this online article is biased Against him.  Doesn’t matter.  I didn’t care for former President Clinton having sex with a female aide (with her consent), but I did respect the fact that he established a balanced budget.  What a President does personally, I really don’t much care about, as long as they do a good job for America.  And this current President is delivering, DESPITE the roadblocks daily thrown in his path by the Democrats. The fact that he’s anti-establishment and politically incorrect is okay with me.  Do you really care that he’s not part of “polite society”?  I actually think that’s a plus.  He doesn’t owe anyone anything.  And those whom he doesn’t owe don’t like that they have no hold over him.  Drain the swamp.

DEMOCRATS ARE PRESENTLY HURTING AMERICA
But that’s just the tip of the iceberg with Democrats right now.  Their politically biased actions are damaging America, blocking much-needed legislation and squandering our tax dollars with witch-hunts that have no merit.  That’s not why we elected them.  Whatever the President says, the Democrats are against.  He can say he believes in God, or choice of schools for our children, and they’ll try to take him down.  That’s obstructionist, petty and against what America needs.  We can’t allow that to continue.

VOTE STRAIGHT TICKET REPUBLICAN this fall.
And don’t forget the primaries.  But to do that, you need to be registered as a Republican.  Go out and do that as soon as you can, so you can participate in the primaries and other votes.  Your vote counts.

MEDIA BIAS
It is fairly obvious that nearly all media have their own political agendas.
Fox: Republican
NBC/ABC/CNN/CBS: Democrat
nearly all mainstream media are part of a conspiracy to bring down this President in some sort of concocted coup, conspiring with The House, releasing fake news at the worst possible moment for this President.  TV news shows often invent or slant the facts to make the situation appear to imply that the President did something wrong.  In our opinion, this is slanderous.
PBS: mainly middle of the road, seems to mainly report the facts.
NYT: anti-Trump
(the NYT and Washington Post have hated Trump since he announced he was first going to run for President.  This animosity has not stopped and continues through today).
Washington Post: anti-Trump
The Washington Times: Republican
WSJ (TV internet station for Wall Street Journal): appears even-handed.
There are a lot of Democrats in power in America, controlling many news sources.

Personally, I don’t trust any of them.  But all you need to do is watch for a few minutes and you’ll be able to make up your own mind about that.  Don’t let anyone tell you what to think.  Make up your own mind.  But take care to watch out for the haters: the Democrats in Congress and the mainstream media.

You are witness to the attempt to unseat a duly elected American President by any means possible.  They make up events or otherwise skew things to make them seem worse than they really are, while ignoring the malfeasance of Democrats.  Not a level playing field.  Most people might believe what they say at first: but just listen to their bias: and watch them: they shake their heads, roll their eyes and performs other body language that tells you their reporting is one-sided.  Watch for it.  That’s not what the news used to be.  You used to be able to trust the news.  Not any longer.

But you know what?  They are shaking untrue things in your face trying vainly to take your attention away from the most important fact:
YOU ARE IN CHARGE OF YOUR VOTE.  Cast it wisely.