Washington mountains had a preliminary Site Evaluation conducted by HOME ARCHITECTS ® recently.  Specifically, the Entiat Mountain area northwest of Leavenworth, Washington (which is a Bavarian village) (not to be confused with the Kansas facility). 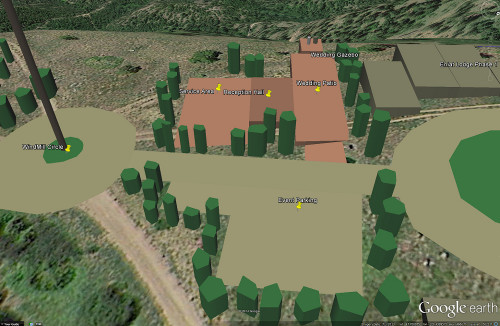 Site Evaluations are mainly the same thing as:
WALK YOUR LAND WITH THE ARCHITECT
and
SITE ANALYSIS

Only this time, the site analysis was accomplished not on a single lot or even a single acre, but rather on almost 700 acres on a substantial mountain in Washington State.  The mountain ridge is approximately 5,200′ ASL (feet Above Sea Level).

Private developers engaged this architectural firm, because they are the leading mountain residential Architect in the USA (and likely, the world), especially in Alpine Rain Forest ecologies which is mainly what exists in the Cascade Mountains of Washington State and the Blue Ridge Mountains of North Carolina (the base of the Architect).

The combined experience and know-how of custom residential design combined with knowledge of mountain geology and climate, resulted in this firm being the logical choice, even if it meant an airplane flight across the Country.

It so happens that this firm is licensed as an Architect in the State of Washington and this could be important, because the developers are thinking of having a Lodge as part of the project, to be constructed in 2 phases.  Also, there are to be 20 to 30 SFR (Single Family Residential) houses to be constructed along a ridgeline road, either facing westerly or easterly.  Also, the Architect has proposed Employee Housing (suggested by the Developer), a Shop (maintenance), and an Electrical Sub-Station (one of the options for obtaining power from nearby high-voltage hydro-electrical lines).  This design firm has also proposed introducing several round-about vehicular circulation/parking circles in the project to facilitate traffic movement without having to stop and back-up.  Careful landscaping is planned to screen views of nearby powerlines to the north, while maximizing the mountain views to the west and east.

This Architect has specialized design capabilities that allow them to deal with the solar intrusion that results with these 2 exposures, that some firms find difficult.   Also, the firm has suggested that the developers consider using state of the art windmills to generate the electricity for the project, to create one of the few “off-the-grid” communities in America.  Once the hardware is paid for, the only on-going expense is maintenance of the hardy equipment.

The reason the Architect suggested this alternative source of energy is simple: when he arrive on-site and started walking around, he was nearly blown off his feet by the steady gale force winds that roar up the huge valley from the west and crest at the very ridge line where the equipment would be located.  “It’s a naturally-occurring wind machine, God-made for a wind-power energy solution,” said Rand Soellner, ArCH, NCARB, Senior Staff Architect of HOME ARCHITECTS ®.

In reviewing the site’s topography and proposed needs and energy and financial sustainability, Soellner ended up suggesting that the project also incorporate a Wedding/ Event/ Resort/ Retreat venue.  The developer is considering this.  The Architect created some simple early site graphics depicting where such features might be located and how these might interrelate with other elements of the project.  Shown are an Event parking lot, Wedding Patio, Wedding Gazebo (on the edge of a mountain cliff facing a tremendous view), Reception/Event Hall, and Service Area for trucks & deliveries behind the reception hall.

There is also the mini-hotel Lodge, in 2 sections, each with 8 rooms and 2 stories, for a total of 16 rooms, centered around a circular parking court with center landscaped social island.  The rooms face east and west, looking at the spectacular mountain and valley views.

The entire Venue facilities could also be used for corporate retreats (Microsoft isn’t far away in Seattle), school graduation events, private parties, political events, promotional gatherings, and family reunions.  Not often can you find such quality, comprehensive facilities all consolidated at the top of mountain in pristine wilderness in the NW USA.

Contact the Architect for your next mountain site evaluation:
Rand@HomeArchitects.com     828-269-9046