Hydroseeding is about seeding earthen and other outside ground surfaces with liquid-propelled grass seed.

This Architect (HOME ARCHITECTS ®) has acreage where there are barren patches of soil and lots of gravel (at service drives used to build a large rear patio).  The Architect wants to reclaim all of that ground as vibrant green (grass) area, including the existing gravel service driveways.

BHG, a local WNC Landscape and Hardscape Contractor that is constructing other features on this land suggested HYDROSEEDING.  As in hydroseeding both soil and gravel areas.  Mr. Lewis Boyer of BHG indicated that he had personally manually seeded his own gravel driveway and that has sprouted grass successfully.  He said that HYDROseeding would be even more effective.  So this is the method used.

As the term implies, HYDRO means (with water).  So SEEDING with WATER.  And in the case of Hydroseeding, spraying a slurry of bluish-green liquid through a hose, over the surfaces where it is desired to  grow grass.  A large tank is on the rear of a heavy duty truck, with motors and hydraulics and water mixing apparatus, run by 2 people: one moving the truck and the other spraying/directing the hose nozzle to spray the seed slurry 25 to 40 feet through the air and onto the ground where you want the mixture to be deposited.

The Hydroseeding mixture typically contains grass seed, fine mulch, fertilizer and possibly other ingredients, depending on the objective of the operation.  For instance: wildflower seed can also be used if that is the type of vegetation you want to grow.  In this particular example, grass is the objective.

Hydroseeding is the most effective way of growing grass on ground surfaces in western NC, and likely in other regions as well.  Pricing is around $500 to “shoot” an area about 2,000 SF (Square Feet) in size, which = approximately 25 cents per square foot, for estimating purposes.

Here we have Mr. BH Graning himself (above) spraying the hydroseeding on this job.  In this photo, the slurry is being directed over the Architect’s new walkway pavers, to create a vigorous grass growth between and around the pavers, which will create a wonderful natural impression, as long as the grass is kept trimmed.  Specifically, the pavers were sunk into the gravel, so that the owner’s John Deere lawn tractor could mow directly over them, simplifying maintenance.  Although, the Architect believes use of a weed whacker will definitely improve final trimmed appearance.

Here is the final hydroseeded appearance, with the classic bluish-green tint (below): 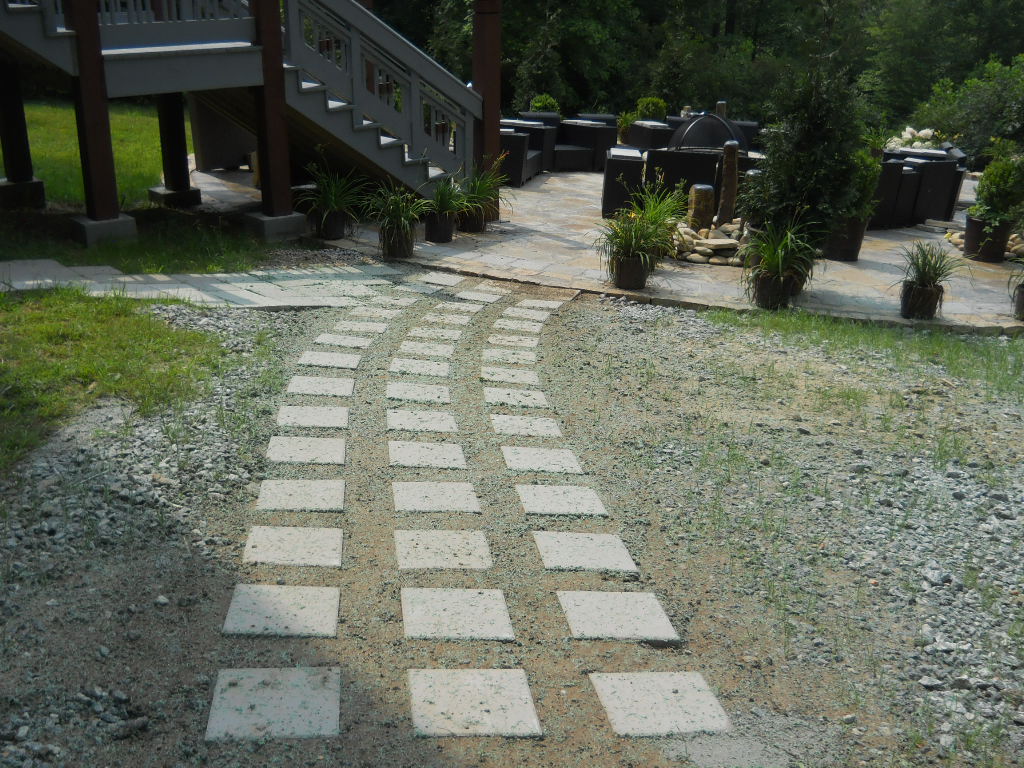 The existing green grass seen here is from the manual seeding the owner accomplished with a 50-50 mix of rye and fescue (only the rye has come up so far and will no doubt die off before year’s end). 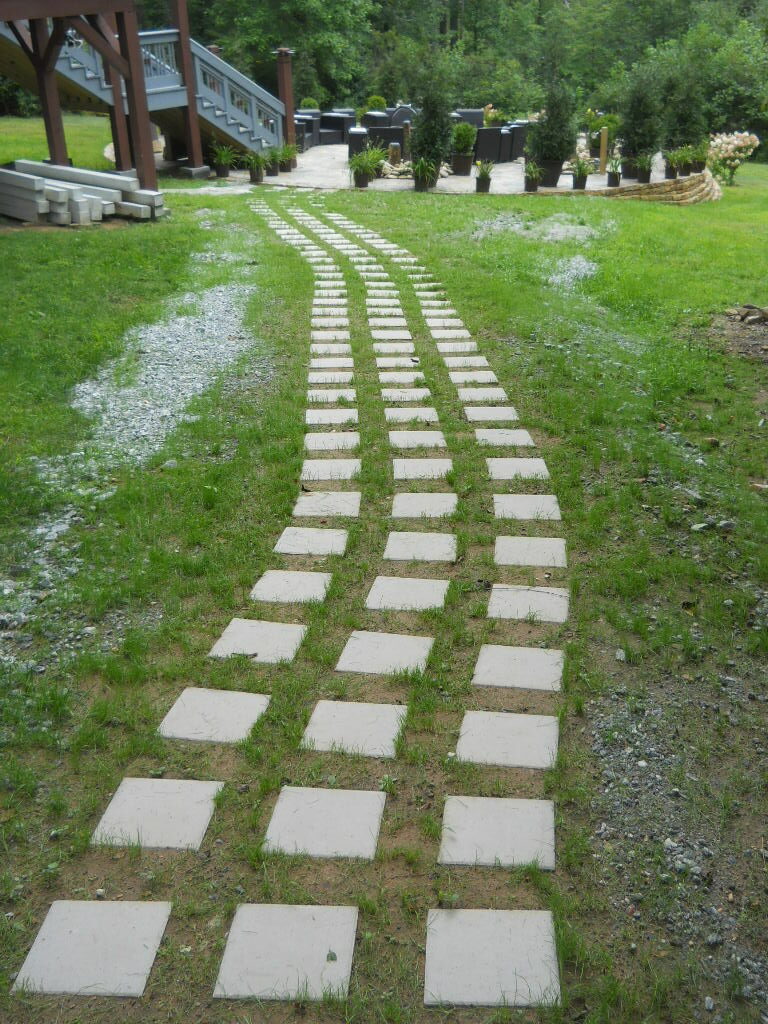 Here you can see the green grass growing between and to the sides of the concrete pavers.  Just weed-whacked.  Will take several more weeks to get a nice thick infill of grass, but we’re on our way.