Inspections for House Sales is about how this architectural company  views inspections related to Real Estate Sales. 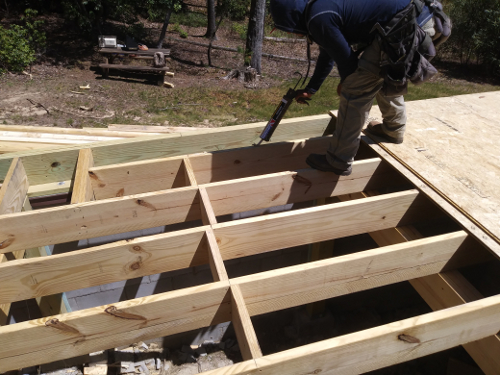 Most real estate sales for a house involve an independent professional inspection of the house being sold/bought.

Why: because the new buyers usually pay for such inspections and they do so to discover deficiencies with the existing house.

Why: a list is created by the house inspector, itemizing the various items that need repair, replacement or otherwise need work to improve/fix to make those items functional for the purpose for which they were intended.

Why: so that the new buyer can demand that the most important of those deficient items be corrected before a final inspection and closing.

Why: because the new Buyer wants a house that is functional.

THE BIG IDEA behind inspections for house sales
The Buyer will often also offer to reduce the purchase price by the amount required to make the repairs or certain of them, rather than demanding that the Seller make such repairs.

HOWEVER: AS IS
Many house sales are based on the AS IS concept.  Which means: the house is being sold AS IT IS, with no repairs included.  So the Seller may say: “NO.  I’m not fixing anything.”

HOWEVER 2: GETTING TOUGH
However, the Buyer could say: “I don’t care; I assumed everything was working properly, so I will not proceed to buy the house unless ALL the repairs are made.”  And the Buyer does have some leverage here, because under the laws of some states (like NC), the Buyer can cancel the contract for any reason (or no reason) at all.

HOWEVER 3: DEAL BREAKER
The Seller now gets fussy and threatens to scuttle the deal.
This of course, doesn’t do anyone any good.  This is when all sides need to keep the following rule in mind:

SELLER WANTS TO SELL, BUYER WANTS TO BUY
This is what both sides want.  And everyone needs to take a breath, stop being “tough guys” and remember this.  But it requires something: stop being a tough guy (or tough gal).  And put yourself in the other person’s shoes for a second or two.

This article is being written by a licensed Architect who has been designing houses for over 50 years, and who also was a licensed Home Inspector for around a decade.  So he knows: there is no such thing as a house with no deficiencies.
He used to have between 75 and 100 pages on his house inspection reports.  This made people concerned: that the length of the report meant that there were more problems with the house in question.  But that was not true.  The State requires that over 600 line items be reviewed during a house inspection.  That means these items have to be shown as good or not good in the report.  The mere fact that you are even reporting good items makes the report longer.

So: don’t be concerned that there are many pages in a house inspection.
Focus on the Summary, in the front of the report, that lists the most important items.  Among that list is where you will find the items that are of most concern to the Buyer.

And keep in mind that if you blow the current deal and go down the street, the next house MAY WELL BE WORSE than the one you want the most.  So don’t be so quick to condemn and move on.  Cool down and think for a bit.

Many people in some high-end resort areas have triple A CEO and President personalities, having come from big time corporate America.  They have been used to calling all the shots and having many people at their beck and call (“My way or the highway.”).

The reality: no one cares who you are here, where you are buying or selling your house.  So knock it off.  Stop thinking your “forceful personality” will coerce everyone to get you that great deal you demand.  Stop for a few minutes and be a real human being.  Think about how to create a “win-win” scenario, instead of a screw deal.  Changing your personality to be a nicer person just could save your sale/purchase, because the guy/gal on the other side of your deal may have outranked you in the corporate world, but they may be acting more reasonably.

BOTH SIDES BE REASONABLE
The Buyer then may reconsider the very unreasonable demand that EVERYTHING be fixed and instead fall back into another more reasonable suggestion that only certain IMPORTANT ITEMS have to be either repaired, or cash credit be made for them as consideration toward the sale on the closing form.

Now, everyone is finally playing nice and working together.

And that is how many house buys/sells are finally consummated.   Do yourself a big favor and start out being reasonable and everything will proceed faster and more pleasantly.

And one last thing: No the furniture is not included for free (that is often a $70,000+ value).  There will often be an added pricetag for the furniture.  However, sometimes the seller may agree to a portion of the furniture being included to offset the cost of the important items from the inspection report, making the deal a win-win, without any additional cash having to change hands or be forfeit.