LED vrs CFL vrs Incandescent is about how this Architectural company is going all LED and why. 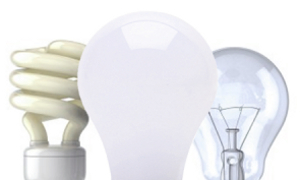 There was a time when all humanity had was campfires.  Then candles and oil burning lamps.  Then during the last hundred+ years, incandescent bulbs (bulbs are technically called “lamps”) were the only choice for electrically powered lighting, and then fluorescent and metal halide and other commercial lamps that weren’t suitable for residential use, due to the cold white, blue, and pink color shifts (also called Kelvin Temperature for visual coloration of the light output), not to mention higher voltages not typically found inside a house.

Then, about 10 years ago, CFLs (Compact Fluorescent Lights) became a viable alternative to homeowners, due to lower wattage consumption for the same lumen (light brightness) output.  And they latest longer than incandescent.

Then came LEDs (Light Emitting Diode) lamps.  They last longer than CFLs and provide even more lumens per watt.  Until recently, they have been prohibitively expensive.  But right about now, their cost is becoming more reasonable. So that there is really no reason not to use them for nearly 100% of a new house’s lighting, inside and outside.  Once again: LEDs provide more brightness for less watt consumption and last much longer.  Probably not as long as manufacturers claim, but yes, longer than CFLs, which last longer than incandescent “bulbs.”

What’s the comparison?  Check out this chart of functionality comparing Incandescent versus CFL versus LED:

In other words: LED lamping results in 620% better life cycling costing.  You spend a little more when originally lamping a house, but you rarely need to replace lamps and in the end, you save more than 6x as much than if you had installed wasteful, old-fashioned incandescent lamps.

And another benefit: lighting is a significant percentage of heat accumulation in a house (in incandescent terms), which adds considerable heat load to HVAC system operation for cooling.  Since LEDs consume much less wattage, the heat load contributed by LED lighting become reduced to nearly 1/6th.

We know what some of you are thinking: “Oh, I don’t want nasty pink-white colored lighting in my house!”.  And LEDs won’t do that to you.  There’s this specification of lamp light color.  It’s called Kelvin Temperature. For instance, most incandescent and halogen lamps are in the 2700 to 3000 K range for a warm yellowish white light.

Guess what?  LED lamps can be purchased out of any Lowes or Home Depot with a warm white 2700K “temperature” (color).  In other words, you can have super efficient LED lighting in your house that is virtually indistinguishable from incandescent light.