Rand Soellner is continuing and evolving a heritage of Old World design, craftsmanship and carpentry, begun hundreds of years ago in Bavaria by the Söllner family (on entering the USA, an “e” took the place of the umlaut).

The town of Arzberg is a little village right next to the even smaller hamlet where Rand’s great grandparents came from (Andreas & Susanna Sollner). The Arzberg church is where they worshipped, until immigrating to America circa 1869. Rand and his wife, Merry, made a trip to Bavaria in 2003 and they were married in that same church. Many townspeople attended, including 10th generation aunts, cousins and others. 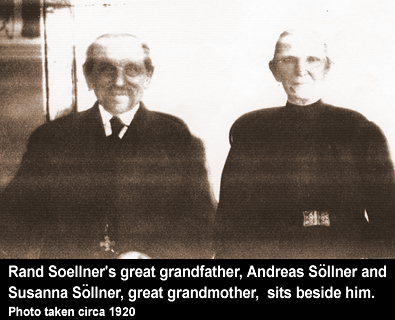 Andreas taught his son, Charles (Rand’s grandfather) in the art of carpentry and cabinet-making and instilled in him a solid work ethic. Charles Soellner also was the leading photo engraver in South Bend, Indiana.

Henry F. Schricker, Charles’ cousin, was twice-elected governor of the state of Indiana and also served prior to this as Lieutenant Governor and as a state senator.

In 1944, President Roosevelt asked him to run as his Vice Presidential running mate. Governor Schricker declined, as he was still serving the residents of Indiana and wished to fulfill the obligation to which he felt indebted for their trust in electing him. No doubt Henry would have become president instead of Harry S. Truman, had he accepted. Henry and Maude Schricker were friends of Rand’s parents.J. Edward (Rand’s father) carried on the craftsmanship traditions of his grandfather by building homes with his father and served in WWII.

Rand Soellner’s great uncle, Elmer Stetler (Purdue graduate Engineer) was also one of the engineers that designed and administered construction of the Panama Canal, as Chief Admeasurer.  Seen here in his WWI uniform.  Engineering and design run in the family. 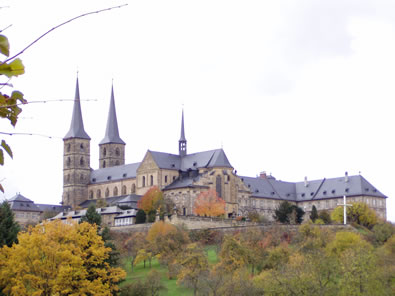 A cathedral in Bamberg, Germany, in Bavaria, not too far from the town of Rand Soellner’s great grandfather.

For those of you who may be interested, Rand Soellner has Bachelor’s and Master’s degrees in Architecture from the University of Florida. Rand has been involved in architecture and has worked for, with or as an Architect since he was 15 years old, totaling over 50 years worth of experience. Rand is a registered, licensed architect in North Carolina, Tennessee, South Carolina, Washington state, and Florida.

He is a member of the ArCH (Architects Creating Homes (a nationwide professional society of licensed Architects practicing residential architecture) and the National Council of Architectural Registration Boards (NCARB).  He is a US Department of Energy Energy Star Partner, and Soellner began the Healthy Home Design program.

His company’s work has been featured in national, state and local magazines, newspapers and other periodicals and is the recipient of multiple design awards.  Some of the company’s projects are featured in a coffee table book along with Mario Botta, Richard Meier and other notable architects; House With A View, available through Amazon.com

During his career, Rand has participated in the design, programming and/or master planning of over $3 Billion worth of architectural projects. He started his architectural life designing houses when he was in high school and he has continued, ever since. This turned into a passion when he discovered the Blue Ridge Mountains in the 1980’s and since then, he has enjoyed crafting unique mountain residences, custom houses, timber frame and post and beam projects for a special clientele.